THE NARROW PATH TO RELATIONSHIP WITH GOD - DAY 84

1 Samuel 30:1–6 (ESV) Now when David and his men came to Ziklag on the third day, the Amalekites had made a raid against the Negeb and against Ziklag. They had overcome Ziklag and burned it with fire and taken captive the women and all who were in it, both small and great. They killed no one, but carried them off and went their way. And when David and his men came to the city, they found it burned with fire, and their wives and sons and daughters taken captive. Then David and the people who were with him raised their voices and wept until they had no more strength to weep. David’s two wives also had been taken captive, Ahinoam of Jezreel and Abigail the widow of Nabal of Carmel. And David was greatly distressed, for the people spoke of stoning him, because all the people were bitter in soul, each for his sons and daughters. But David strengthened himself in the Lord his God.
Faced with the loss of their families both David and the men with him raised their voices and wept. And when the could weep no more the men turned against David and spoke of stoning him. But David strengthened himself in the Lord.
Like David and his men, everyone faces sorrowful circumstances. Some people will react like David’s men and stone the leader with words as they seek to relieve themselves of their responsibility in the circumstance. Others, like David, will encourage themselves in the Lord and seek Him. The way you react will determine your outcome.
Here are three steps that will help you press through unwelcome circumstances. Notice David wept as much as the others and then encouraged himself before seeking an answer from the Lord. It is natural and helpful to release your emotions by weeping when facing difficult circumstances. However, when weeping has come to an end, defeat depression by encouraging yourself in the Lord by looking back to the things He has brought you through. As you think about the victories, you will realize how much the Lord loves you and how much you love Him. Realizing how much He loves you will energize and activate your faith (trust in Him). When your faith is energized and activated it is time to ask him what you should do next.

Ending Thoughts
The journey of life has many ups and downs but through them all you can walk in victory by staying on the Narrow Path to relationship. Just look at the victories Jesus has brought you through and you will be encouraged to press closer to Him and He will come closer to you.
Escrito e Publicado aqui por Éber Stevão às 19:13 Nenhum comentário: 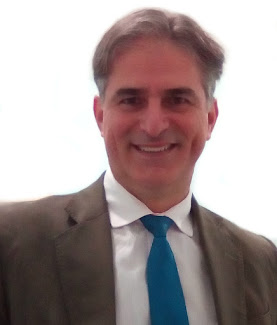